The Vampire as Antichrist 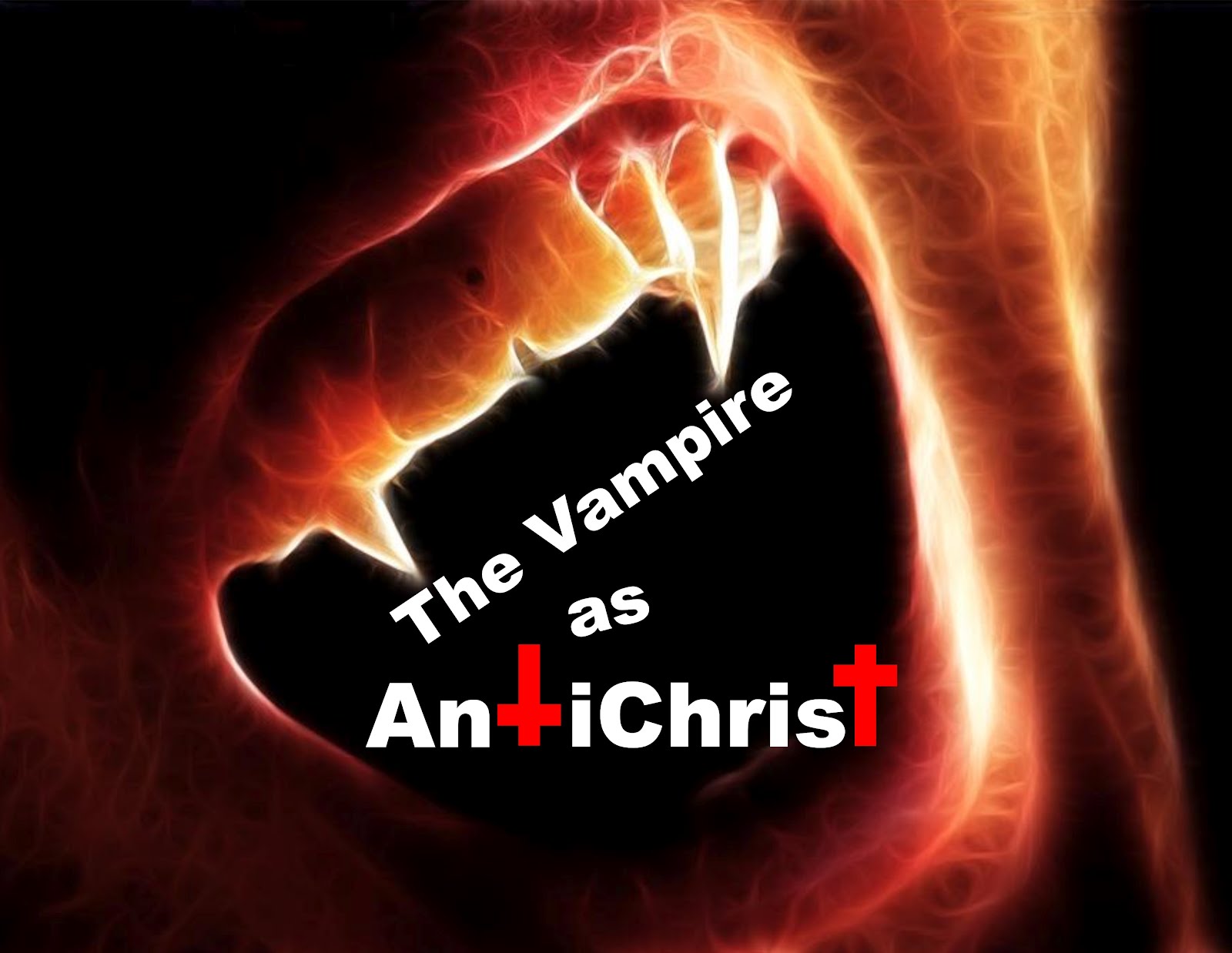 It is curious that vampires have become popular cult figures among glamour-and-danger-driven teenagers in the West. Stephenie Meyer's series of novels and their Hollywood film adaptations seem to have touched a sympathetic chord deep in the young female psyche. Teenage crushes and fantasies have congealed around an object of horror. Vampires are OK. You get good vampires and you get bad vampires. Deal with it.Picture: Young female vampire feeling hungry. 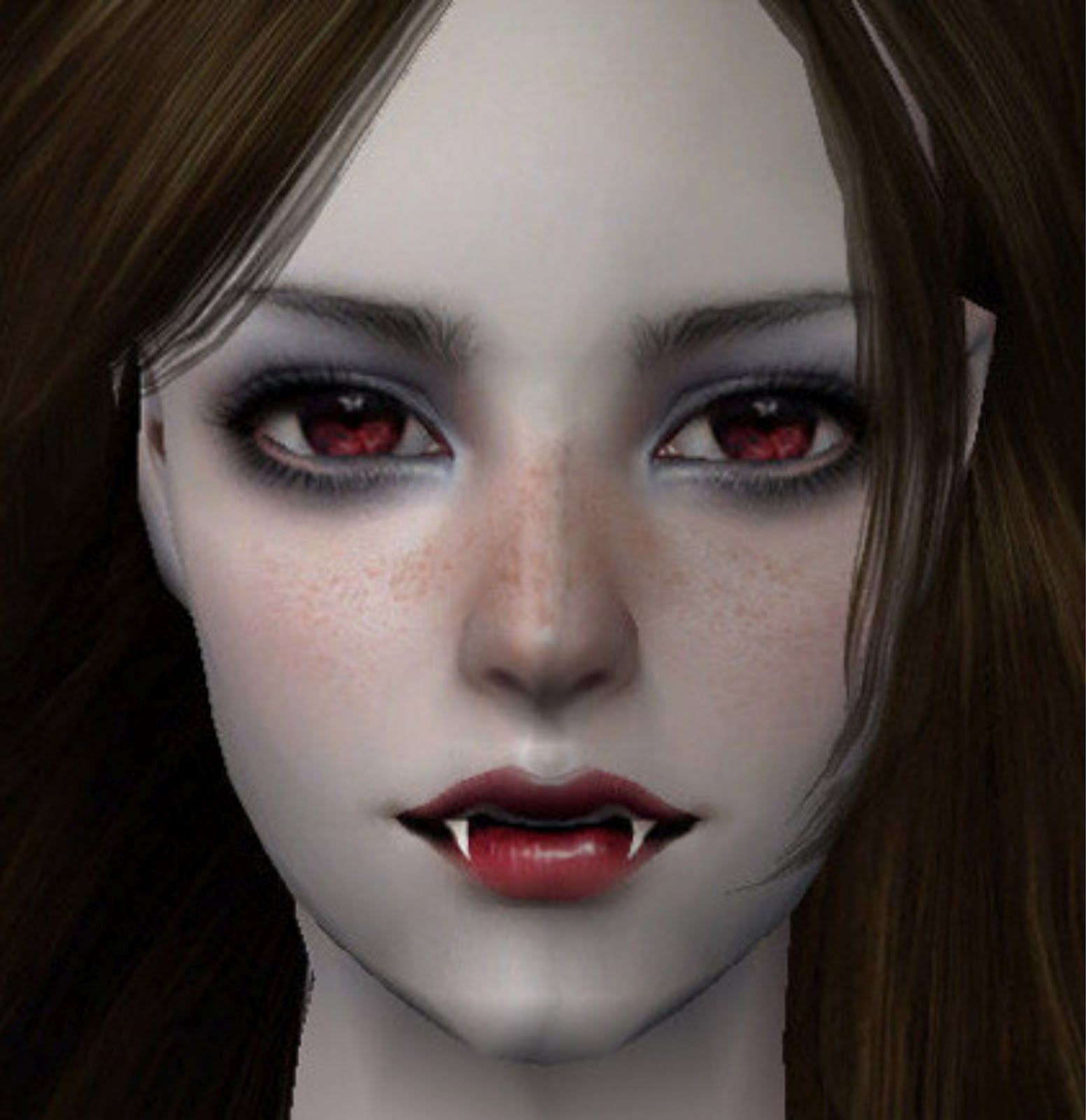 The problem is uncomfortable: there are such things as vampires and the real things bear almost no resemblance to the fictional fantasy versions articulated by Meyer.

Western churchbores are in a bind over this. Evil has been compromised by glitz.Picture: Kristen Stewart. Bella Swan is now a vampire. 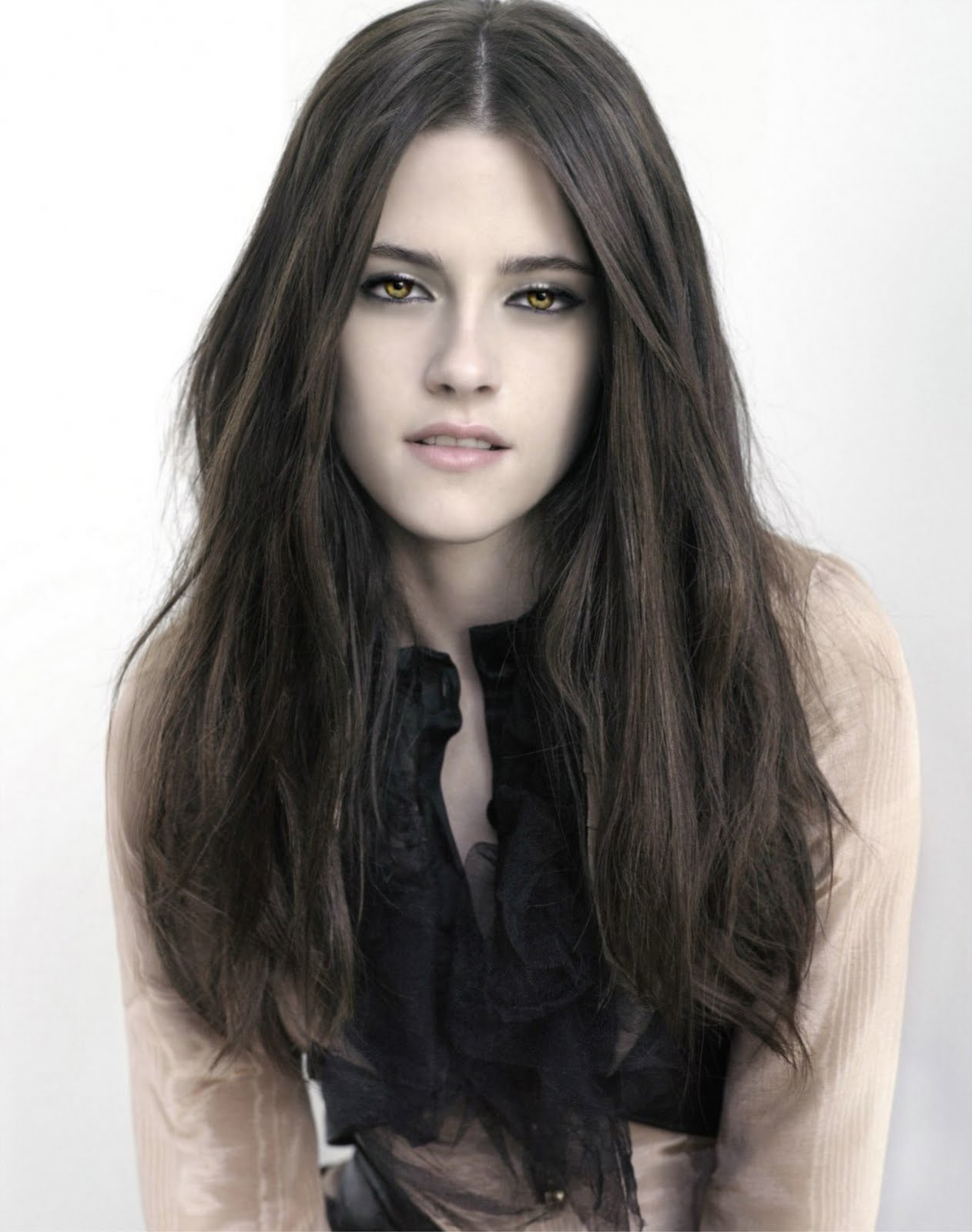 And for the intrepid biblicist there is the hope of a glorious walk-on part in a pantomime exorcism. And if one is perceived as being successful in such an adventure, or even an heroic failure, one can humbly dine out on the story for a whole lifetime of subsequent prayer-breakfasts.

The fundamentalist's personal obsession with evil is a spiritual self-disclosure which hardly needs deconstructing.

But might it be unwise to allow the pantomime fantasies of fundamentalism or the credulous gushing of teenage girls to deflect us from noting the spiritual reality and low-vibration executive power of vampires and antichrists?Picture: Nosferatu on the prowl at night. 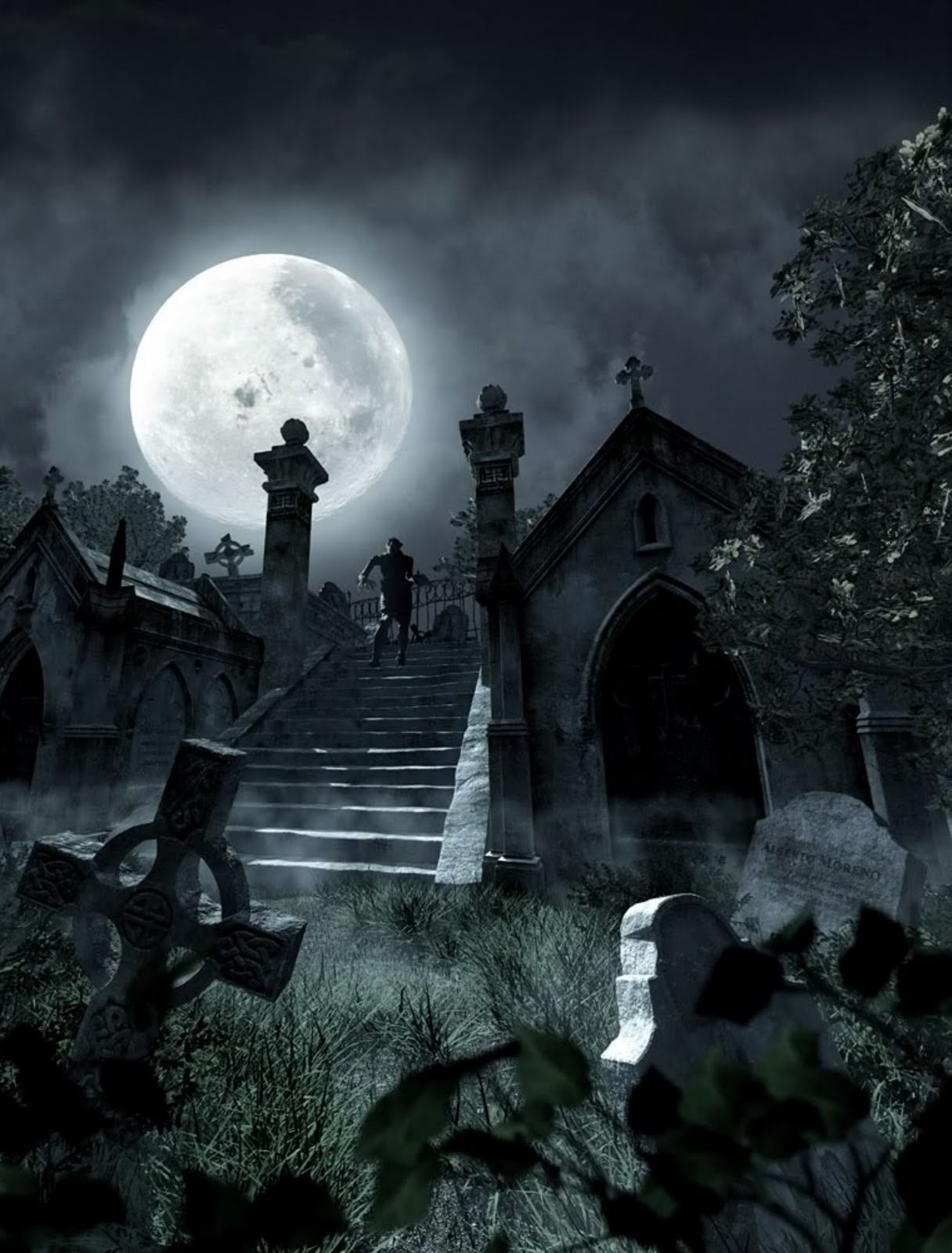 At first sight, there seems to be little on the web which is spiritually reliable on the subject of vampires and antichrists. But in three places, perhaps, there are helpful guidelines to be found.

There is a 1999 paper entitled "Vampires and the Antichrist: Synonymous or Coincidence?" by Apryle Gayle Thompson.

And there are some recent instructive comments by Benjamin Creme on the identity of the Antichrist.

Uncomfortable though it may be to the liberal mind, it is important to state plainly that there are such things as vampires. They are real, they are vivid, and they are nasty. One might say, in the modern idiom, that vampires suck. And they are sometimes encountered in physical plane locations where human bodies are buried rather than cremated.

There are two bits to a vampire: a physical, inert, "undead" corpse and a spiritual, projectible, astral body or "elementary".

The astral plane is sometimes referred to as the fourth dimension. The vampire's non-physical, astral body inhabits the lower regions of the astral plane, a low-vibration domain called "hell" in church mythology.

Here is H.S.Olcott's story about a vampire known to him, in India:

"Mr Gopalacharlu had a neighbour, a Hindu woman, who was supposed to have been obsessed by a devil (pis’acha). For about a year she would find herself every morning on awakening deprived of all strength, pale and anæmic. Twice becoming pregnant, she had miscarriages. Finally, resort was had to a Mussalman mantriki, or exorcist, who, by arts known to himself, discovered that the 'control' was a deceased man of his own Faith. He went secretly to the country, opened the grave of the suspect, found the corpse fresh and life-like, made a cut on its hand near the thumb and found that fresh blood flowed spurting out from the wound. He then performed the usual placatory rites, recited his mantrams, and drove the phantom away from his victim and back to its grave. The woman recovered, and no fresh victim was visited."

Surveying the literature available to him at the time, Olcott found that almost all detailed accounts of human vampires included each of the following five characteristics:

(2) The diagnostic signs of a veridical vampire obsession are nervous prostration, anaemia and a slight, visible puncture over the jugular vein.

(3) The corpse of the vampire, when examined in its grave, appears well-nourished with healthy blood, and presents the appearance of one in cataleptic sleep, rather than death.

(4) If a pointed weapon is thrust through the heart of the vampire's "undead" corpse, the corpse cries out loud and often writhes in agony before dying.

(5) If the vampire's corpse is cremated, the vampire's elementary ceases to attack any physical victim in the locality and never returns.In his essay, Olcott offers some other vampire stories and attempts a spiritual analysis of the condition, citing authors as diverse in outlook as M. D'Assier, Eliphas Levi, Dr Scoffern, James Grant, Dr Ennemoser, Helena Blavatsky and Dom Calmet.

Apryle Gayle Thompson's paper seeks to establish some similarities between the vampire myth and the Antichrist myth. She comments:

"In Sefer Zerubbabel, we learn that the Antichrist, Armilos, is to be born from a beautiful statue of the Virgin Mary with which Satan has laid (68, 75)."

"Tying in with the Antichrist’s birth from a statue is Bram Stoker’s portrayal of Dracula being born into the brotherhood of vampires by his stabbing a statue of a crucifix with his sword and then drinking the blood that issues from it ('Bram Stoker’s Dracula')."

"Another explanation for the Antichrist’s birth is that it will be the fruitful production of a human being by a woman and the Demon Satan (R. E. L. Masters 214)."

"It is also said that the famous magician Merlin was supposed to have been born the Antichrist after the Devil raped his virgin mother, but because he was baptized at his birth, the plan was ruined (R. E. L.Masters 44-45). As in the case of Merlin, the Devil often assumes a human form and seduces the women without their knowing of his true nature (R. E. L. Masters 45). Likewise, the vampire has been known to assume various identities in order to lure women to its lair."

"An additional story of the origin of vampires, or 'flesheating devils,' is that the virgin was Adam and his demon counterpart was Lilitu, the Babylonian snake-goddess (Frost 6). However, even this conception was enveloped in deception in that '…the she-monster Lilith was conceived out of Adam’s voluptuous imaginings, coming to him in his dreams as a succubus' (Frost)."

"The succubus is a mythological Hebrew term referring to a '…band of fallen angels who had degenerated into lecherous night demons' and who deceptively seduced men in their dreams draining them of their sex drive and sperm count (Frost 6)."

"Since the vampire and the Antichrist are both sired by Satan, it seems only logical that they inherit a certain degree of his power. In the Left Behind series by Tim LaHaye and Jerry B. Jenkins, the Antichrist figure, Nicolae Carpathia, assumes the power of mind control and uses it to seduce others into doing his bidding and trusting him. Likewise, the vampire has been attributed this device of control for centuries, as is described in the movie, as well as the novel, 'Bram Stoker’s Dracula' when he compels Jonathan Harker to cut himself while shaving and seduces Lucy Westenra during a sleepwalking episode."

Apryle Gayle Thompson's paper has much more to say than these brief extracts might indicate and cites texts including:

- Bousset, Wilhelm. The Antichrist Legend: A Chapter in Christian and Jewish Folklore. Reprint of the 1896 edition. AMS Press, Inc.

- Du Boulay, Juliette. “The Greek Vampire: A Study of Cyclic Symbolism in Marriage and Death.” The Vampire. Ed. Alan Dundes. Madison: The University of Wisconsin Press, 1998. 85-108.

- Wright, Dudley. Vampires and Vampirism. London: William Rider and Son, Limited, 1924.
Benjamin Creme doesn't deal with vampires, but is very clear on the identity of the Antichrist:
"The anti-christ is not one individual who lives at a certain point in time, but is an energy released before the advent of the Christ. It comes to pave the way for the building forces of the Christ by destroying the old crystallized ways that block new growth for society."

"While the anti-christ is an energy, it does manifest through individuals and has done so at different times throughout history, most notably through the emperor Nero in Roman times, and more recently through Hitler and some of his closest associates. With the defeat of the Axis powers during World War II, the work of the anti-christ energy was completed for this age and will not manifest again for over 3,000 years."

"The anti-christ does exist, not as an individual who comes before the Christ, but as an energy. Fundamentally, the anti-christ is the First, or Will aspect of God, in its destructive form. It is that energy which destroys thus making way for the new energies of the Christ. The anti-christ energy sweeps away the old, outworn forms and prepares the way for the incoming, creative energy."

"This destructive force has already worked out through the disasters which have devastated the planet: world wars; the starvation of millions every year; earthquakes and other natural disasters."
Benjamin Creme's ideas can be found online at the Share International website here.
Picture: A reptilian vampire feeds. 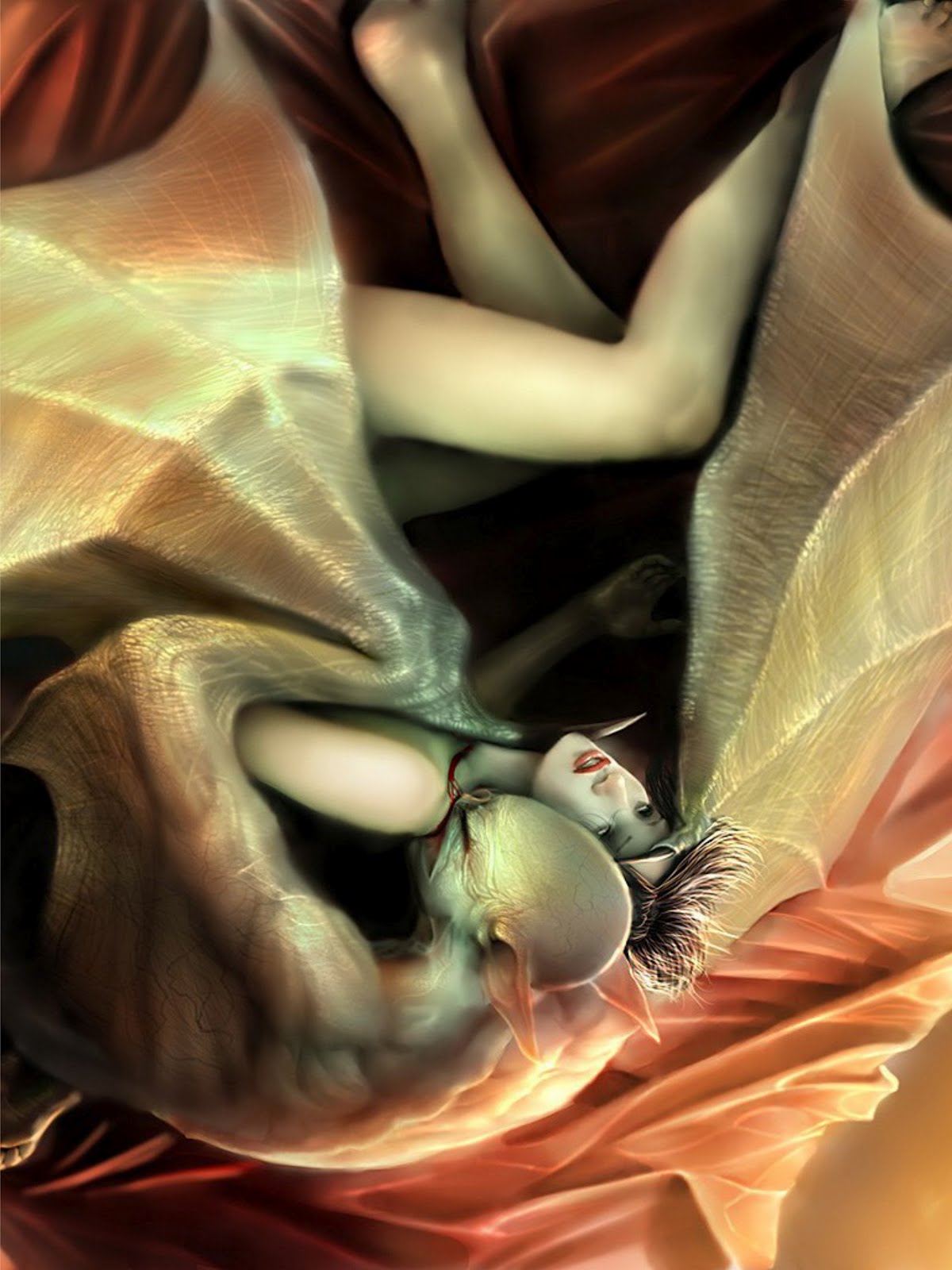 Picture: What caused the death of religion? 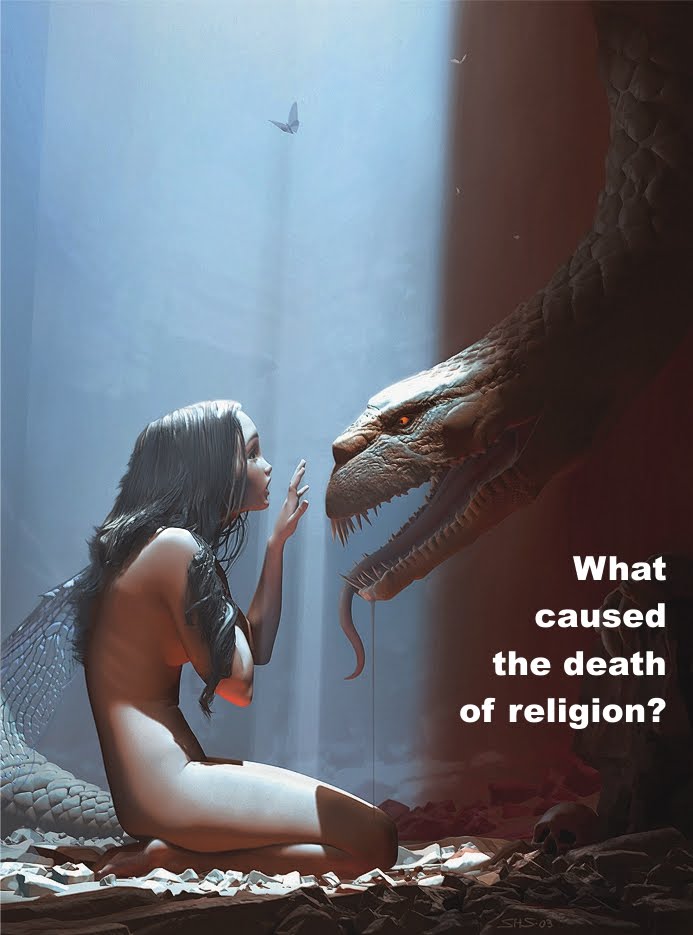 
A dream is a portal

The Gospel of Judas

It seems the material you post to your blog may very well be right up my alley. Since early on I've been interested in stories of vampires of different types. I've never really thought of who/what the Antichrist might be, but after reading of this theory I can say it makes sense to me.

I am not Christian and I am not religious, but I can see there being a destructive part of God to make way for the new. (If there is a God.) This would be similar to Shiva of the Hindu religion.

Rereading my post I believe a clarification needs to be made. I don't think vampires are the Antichrist. What I could agree with from the theory is that the Antichrist is an energy manifesting itself throughout history in different forms (evil people, chaotic nature).

Informative compilation of material, warrants further research on my part. The similarities mirroring the Antichrist and vampires is ignored, possibly feared, enabling few to record and inform. Considering the lack of material available, thank you for providing follow-up links.

I have enough problems dealing with the pettyfogging, routinised impact of the evildoing of cruelty, to relate to mythical manifestation.

Since superstition about evil renders the hapless utterly powerless, the faithful would-be conquerors need to be blinkered. For happiness, trust and safety.

Interesting that you seemingly, in some rather vague or esoteric ways, attempt to connect the coming Antichrist to Vampires, since the coming Antichrist is a direct descendant of the first Vampyre, who was/is Cain, the son of Satan, the Dragon of Revelation of the end-time, and Serpent of Eden from the beginning of this current Earth Age.