Picture: The Ancient of Days watches from the heights of the East. 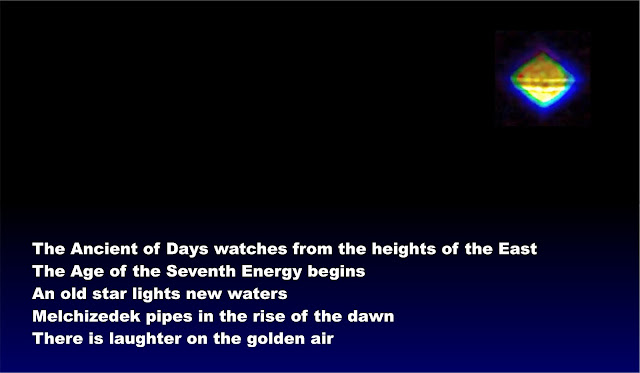 Picture: Old library. As the lightning cometh out of the east. It is written. 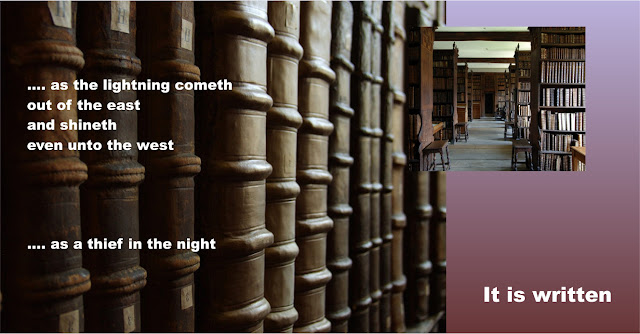 Why did the BBC, the Queen and the Church of England bishops choose to ignore the Second Coming of Christ in 1986? 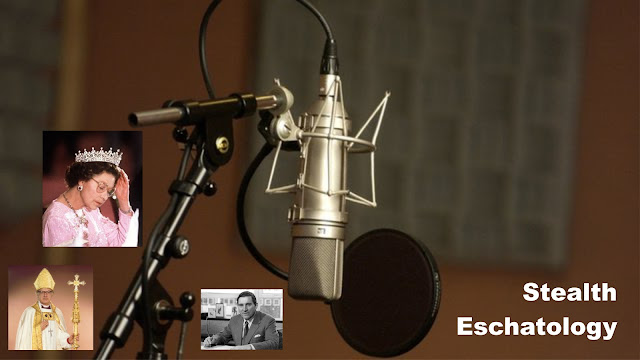 Jesus has also returned. He has been based in the suburbs of Rome (Italy) since 1984.

Christ and Jesus, contrary to received church mythologies, are two separate human beings with two separate personal evolutions on Earth. They work closely together on spiritual, social and humanitarian initiatives across the world. Each is a resurrected and ascended master. Each is an active healer.

Another name, or title, for Christ is The Maitreya Buddha. He is The World Teacher, recognised by various names in many different spiritual and religious traditions. One old tradition calls him Melchizedek. These days he is known simply as Maitreya. He is not a religious figure. He does not want followers or worshippers. He never has. And neither has Jesus.

In the mid-1980s, Christ made himself known to the BBC in London. He had three meetings in Broadcasting House there, in January, February, and March 1986, in the run-up to Easter. Present at those meetings were the BBC Director-General, Alasdair David Gordon Milne, and several of his senior colleagues, some still alive.

The fact and content of the BBC meetings with Christ were minuted. Those papers still exist in at least three different locations. Several of the people who drafted them, or edited them, or circulated them, or saw them at the time, are still alive.

The official papers are lodged at the BBC Written Archive Centre (Caversham Park, Reading, Berkshire), the Lambeth Palace Library (London), and in the Royal Archives at Windsor Castle Round Tower (Berkshire). A substantial, scattered and varied secondary (or derivative) literature is also extant.

One of the things which Christ did when he spoke to the BBC top brass was, with their permission, to demonstrate a spiritual technology which indicated his bona fides. He showed them a series of immersive, holographic scenes. These he produced on his own, without the aid of physical technologies.

The BBC executives were shown the last hours of Jesus on the cross, as if they were there themselves as witnesses. The BBC people witnessed the crucifixion. They saw it with their own eyes. They experienced it. They saw, heard, smelled and felt the whole scene: the suffering; the blood; the people present; the languages used; the emotions; the location.

On another occasion, at another of the BBC meetings, Christ asked Jesus to attend with him. He did. The BBC managers sat in a room with both Christ and Jesus, and spoke to each of them.

The upshot of all this was that the BBC agreed with Christ to mount a big press conference (at Easter 1986?) at which he would appear, talk to the journalists, and answer all their questions.

However, the BBC decided that they should do something else first. They decided to bring the matter to the attention of Queen Elizabeth II, in her capacity as Head of Church and State.

Technically, the Queen is Defender of the Faith and Supreme Governor of the Church of England, and the church claims an old historical link with perceptions about Christ and Jesus.

The Queen and her senior staff, and (probably) one of her Anglican chaplains, undertook to bring the matter to the attention of the archbishops and bishops of the Church of England, and to seek advice from them.

At least one meeting took place, attended by the Archbishop of Canterbury (Robert Alexander Kennedy Runcie) and the Archbishop of York (John Stapylton Habgood). Other senior bishops were also there, including the Bishop of Durham (David Edward Jenkins) and the Bishop of London (Graham Douglas Leonard). It is thought that the BBC was represented by Alasdair Milne, for at least the first part of that meeting. Several of the people who participated are still alive.

The result of the royal consultation was that the bishops advised the Queen that the two individuals which the BBC had met and talked with could not possibly have been Christ or Jesus. Such epiphanies would not have taken place without the bishops themselves knowing something about them in advance through élite church conduits.

The matter was dropped. No announcement or press conference was arranged by the BBC. No Thought for the Day mentioned it. There was a complete embargo on the whole issue.

The pertinent papers have still not been released, even though the events took place more than 30 years ago.

Both Christ and Jesus were rejected as non-newsworthy by the UK ecclesiastical establishment. The BBC missed the biggest story in English history. But how was it allowed to happen? Were the bishops blind because they were afraid to see? And if so, was there another card in play? A card deliberately played to foment their fear?

The person who knew most about this botched media shambles, apart from the principals themselves, was Benjamin Creme. He was the Editor-in-Chief of Share International Magazine and put the whole BBC thing on the public record on several occasions, for example downpage here (15.10.05) and here (April 2010).

Two years after the BBC London rejection of Christ, another well-witnessed appearance was recorded in Africa. This time the story was not suppressed. It took place on Saturday 11th June 1988, at the Church of Bethlehem in Kawangware, just outside Nairobi, Kenya. Maitreya (Christ) appeared with Mary Sinaida Akatsa, a local spiritual teacher and healer. He spoke to a crowd of six thousand people and healed scores of them. Pictures here. Reportage here and here.

Were it not for the determined opposition, or the spiritual insecurity, or the theological confusion of the UK Church of England establishment, Christ might have been doing open public meetings and healing ministries of the Kawangware kind, in England, regularly, for three decades by now.

In medieval devotion, England was sometimes thought of as St Mary's Bower or Mary's Dowry (Anglia Dos Mariae). St Mary, also, was the Bower of Christ. It was not accidental that Christ sought to make his first acknowleged public appearance, as a returned and ascended master, in England.

For people unaccustomed to esoteric spirituality, there is an X-Files vibe to all this. The rabbit hole goes a long way up. UFOs and crop circles are involved, and there is a return for the Bethlehem starship over Kawangware and many points west.

The visible principals, Maitreya and Jesus, have appeared in many different ways, and have been seen in many different guises. Since the 1980s, millions of people have met them visually in full waking consciousness; many on more than one occasion. Often the veracity of the encounters doesn't register until afterwards. Subsequently, the memories persist with unusual cohesiveness.

In the December 2007 issue of Share International Magazine, Maitreya and Jesus were shown together. They had been photographed in Rome, Italy. On that occasion, Maitreya appeared as woman begging on the street, and Jesus appeared as her seven-month-old-baby. Pictures here. Source page here.

Ten years earlier, Christ (Maitreya), in the guise of a homeless man, had been caught on camera playing a flute in a New York public library (US). Picture here. Source page here.

On Sunday 25th March 2012, Christ was seen again, on three occasions, in the Rue de Fécamp, Paris (France). This time he adopted the appearance of an elderly woman out shopping. There was a conversation with the photographer covering a variety of topics, including UFOs, Syria, a local light-circle miracle, and the world's need of hope. Picture here. Source page here. Story detail under the Well-versed heading downpage here.

There have been other indications, recently, that Christ can be be quite vocal when faced with potential photographers. For example, he was spotted in England, at the London Climate Change March on Sunday 29th November 2015, in the guise of an Indian holy man. In Parliament Square, Westminster, a marcher asked him: “Do you have a message for us?” He replied: “Message? I don’t have any message. I am; I just am. We are all interconnected; all together in unity. We are life! We are love!” 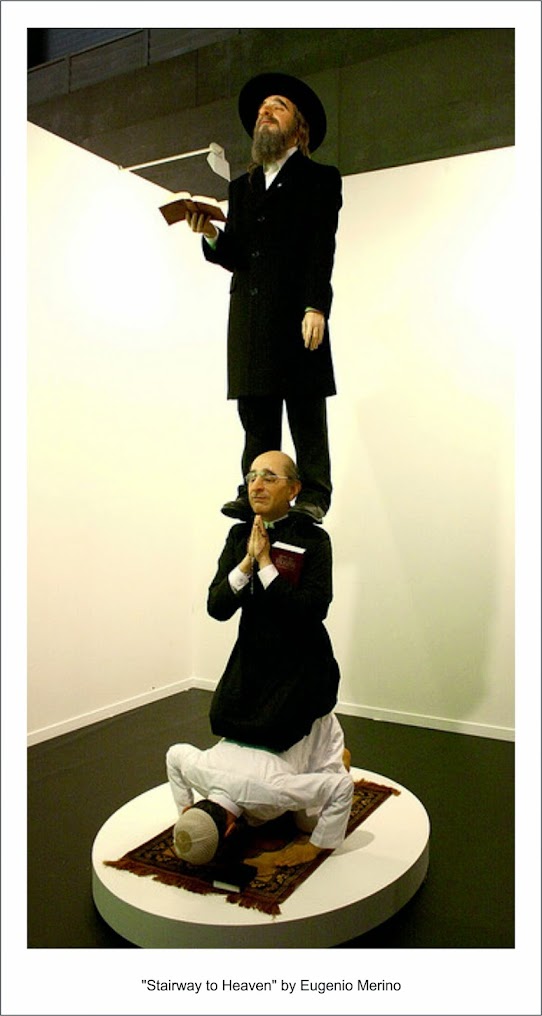 Benevolent ETs living among us